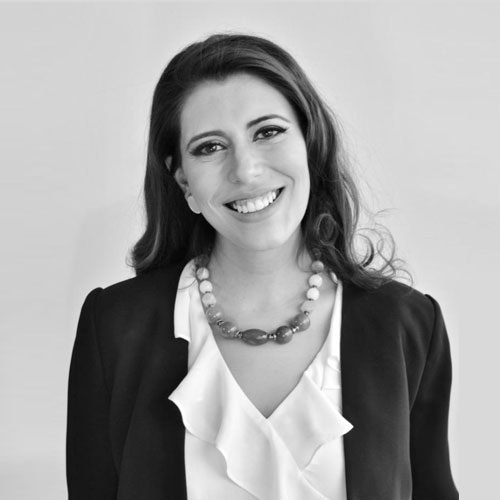 In recent years, several concerns have been raised about the interaction, and particularly the conflict, that exists between the protection of human rights and the rights that are guaranteed to investors under Investor-State Dispute Settlement (ISDS). Indeed, this system has been criticized as being “‘one-sided’, and as favoring the interests of foreign investors (and the ‘capital-exporting’ states of the Western hemisphere) over the interests of (less-developed) host States.”[1]

Critics of ISDS have particularly denounce: (i) claims against foreign investors for activities that produced severe environmental or human rights impacts in the Host State; (ii) Host States failing to implement environmental or social policies because of fears of breaching ISDS, and (iii) omissions of arbitral tribunals to consider the conduct (or lack thereof) of investors when complying with human rights obligations, as a determining factor of a failed investment in the Host State.[2]

This has caused a recent trend to include human rights obligations in new BIT models. This is the case of the “2012 South-African Model Development Community Model BIT, the 2016 draft Pan-African Investment Code (the draft PAI Code) and the 2016 Morocco-Nigeria BIT”.[3]  For example, the latter imposes a clear provision:

In principle, the relationship between States and investors seems to be asymmetric under ISDS: “[t]he [Host States] offer substantive rights to investors, which may be enforced against States, and do not impose obligations on investors in return (whether human rights-related or otherwise). In fact, historically, most IIAs [International Investment Agreements] have not addressed human rights at all. Where they have, references have typically been limited to the IIAs’ preambles”.[5]

Currently, it is not possible for a State to initiate a claim against an investor. This is because arbitration is essentially a consensual mechanism. States give their approval for resolving disputes through arbitration when they sign the BITs, and by offering foreign investors the option to file a claim in international arbitration. However, this is not reciprocal for individual investors who have not consented to the arbitration. In short, under international investment law, “[arbitration] [c]laims must, therefore, always be initiated by an investor”.[6] For this reason, I find the possibility of Host States initiating claims against investors under BITs highly unlikely, regardless of the introduction of human rights obligations for investors in these instruments. However, I do believe that including these obligations in BITs may still be useful, particularly if they can reinforce the possibility of a Host States to counterclaim an investor.

There is already caselaw that supports this opinion. In Burlington Resources Inc. v. Ecuador, the arbitral tribunal awarded 41 million in damages against the investor for the breach of Ecuadorian environmental law when executing its oil concessions in the Host State.[7] In Perenco v. Ecuador, the Arbitral Tribunal accepted the Host State’s counterclaim for environmental damages, condemning the investor to pay 54 million.[8] In the case, Urbaser SA and Consorcio de Aguas Bilbao Bizkaia v. Argentina, the Arbitral Tribunal accepted the jurisdiction to hear the counterclaim imposed by the Host State who alleged that the investor breached human rights (specifically, the right to access water). In this case, however, the arbitral tribunal ultimately concluded that there were no merits to sustain Argentina’s counterclaim..[9]

Despite these precedents, the issue of whether a counterclaim can be accepted under international investment arbitration is still unclear. “While some tribunals have either accepted jurisdiction to do so or have provided positive indications of their in principle willingness to hear such claims, others have declined to do so, and these decisions have typically relied on the features of the particular treaties being considered.”.[10] For example, in the case of Spyridon Roussalis v. Romania, the Arbitral Tribunal concluded that it had no jurisdiction to hear the counterclaim filed by Romania since there was no consent by the investor..[11]

All in all, the implementation of Human Rights obligations in BITs cannot be enforceable by Host States as an individual claim. This is because the investor has not consented to the obligations under the BIT until itself decides to execute the treaty by filing an arbitration claim against the Host State. Nevertheless, the inclusion of Human Rights obligations continues to be attractive to governments since Tribunals now seem more and more willing to entertain these counterclaims.

2. Other benefits of implementing human rights obligations under BITs

The main benefit of the inclusion of human rights obligations in BITs, is that it could reduce the Host State’s liability in international claims. For instance, in the case Bear Creek Mining Corp v Peru this issue has already been witnessed to some extent.

Bear Creek Mining Corp, a Canadian mining corporation, signed an investment contract with the state of Peru for the development of a mining project. The locations of the mining concessions were sensitive because of the presence of native communities who fiercely opposed the project due to environmental concerns..[12] Three years and six months after the adjudication of the contract, the Peruvian Government enacted a Supreme Decree, which unilaterally ended the investor’s right to operate the concessions. The Investor filed an international claim against Peru under the Peru-Canada Free Trade Agreement, requesting a compensation due to an indirect expropriation..[13]

The Arbitral Tribunal ultimately concluded that the Investor had a right to compensation for the illegal expropriation. However, Professor Sands, the dissenting opinion of the Tribunal, argued for a reduced compensation (approximately 50% of the award) to counterbalance alleged human right infringements by Bear Creek. According to Sands, the Investor: (i) had the obligation to protect native communities’ concerns regarding the execution of the concessions (ii) failed to obtain a “social license”, which is essentially the authorization given by the native communities to execute the concessions in exchange of environmental reinsurances and the development social projects for the local communities, and (iii) the investor had a contributory fault to the collapse of the project and its investment..[14] Although the Tribunal ultimately dismissed the Host State’s argument, it does show that in recent years, some arbitrators are willing to consider a reduced liability for Host States if there is a breach of human rights obligations.

Another example is David R. Aven et al. v. Republic of Costa Rica. In this case, the Arbitral Tribunal found that investors were bound by the environmental obligations of the Free Trade Agreement between the Dominican Republic and Central America («DR-CAFTA»). A key provision of this treaty states: “Nothing in this Chapter shall be construed to prevent a Party from adopting, maintaining, or enforcing any measure otherwise consistent with this Chapter that it considers appropriate to ensure that investment activity in its territory is undertaken in a manner sensitive to environmental concerns.”[15] The Arbitral Tribunal concluded that: “the express terms of the DR-CAFTA subordinate the rights of investors to the rights of states to ensure investments are carried out “in a manner sensitive to environmental concerns”. However, the Tribunal held that this did not give Costa Rica an «absolute right» to implement its environmental laws as it desired but that it must do so in a fair, non-discriminatory fashion, following principles of due process”[16]. This case is a clear example that the adoption of human rights obligations within BITs or in Multilateral Trade Agreements could become enforceable in the future, and therefore, is highly convenient for Host States to implement them. Furthermore.

The inclusion of human rights obligations in the “new generation BITs” is an important transformation of the international investment system. This can be seen as an improvement towards a more legitimate and fairer dispute system to overshadow the constant criticisms against ISDS. These obligations would impose clear expectations for investors’ behavior when they execute projects in foreign States. In addition, this will serve efficiently to (i) delimit the scope and liability of investors by their own actions when it leads to the failure of a project; (ii) asses more accurately the State’s responsibility to compensate a foreign investor. And (iii) it could even exclude the liability of a Host State for the termination of an investment that violates human rights protections.

However, the main problem with these obligations remains its enforceability. As discussed, there is no option for the Host States to initiate a claim against investors under BITs. Therefore, the benefits of these obligations are limited to serve as defense arguments against an investor’s claim or as a counterclaim within a process initiated by the foreign investor. However, since there is only potential upside for Host States, it is highly recommended to adopt them.

Finally, this subject requires a deeper analysis, particularly in terms of: (i) the scope of these human rights obligations. As they should not be too broad to admit or encourage arbitrary interpretations, nor too narrow as to discourage legitimate claims; (ii) the remedies that may be granted in favor of a Host State due to the breach of these obligations. Particularly considering that the ultimate beneficiaries of human rights are individuals, and not States. (iii) Furthermore, it is worth questioning whether States could agree under the BIT that a violation of these obligations, could cause the denial of benefits and protections to the transgressing investor.